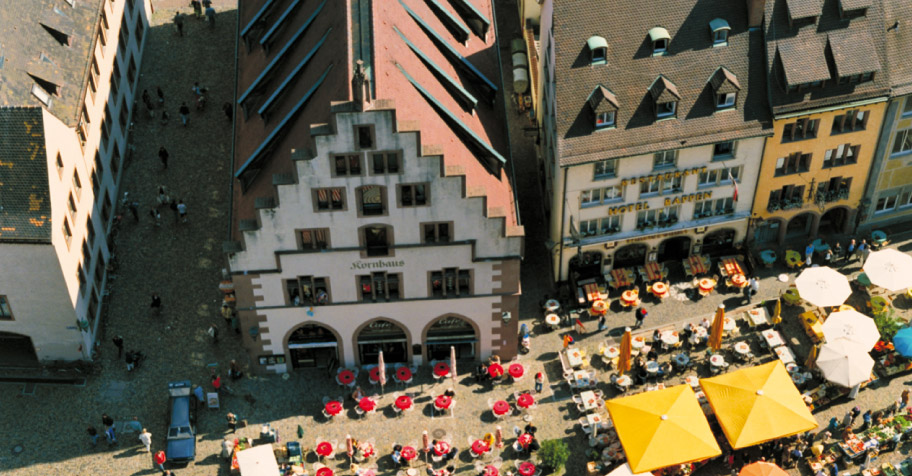 SKIN Freiburg was premiered on 22.06.06 in the City Theater of Freiburg and realized in collaboration with Tanztheater Freiburg Cie. Irina Pauls, Germany.

We shared the space with an audience of 60 people. The company members that participated came from Germany, Switzerland, France, Italy, Spain, Turkey and USA.

It was the first try out of my ideas around an interactive performance were the audience was invited to participate in an open improvisational structure with a clear frame. We worked one full week (15h) with the company on CI and Instant Composition and took another 3h to prepare the interaction with the audience and the needed score. My ideas were still not structured in a final way. One of the dancers of the company (Thomas) made a suggestion of how to place the audience in space so they realize from the first moment that they are part of a performative setting. His idea was quite successful and entered into the Skin concept.

The video artists were mainly just observing and capturing the performance from 3 different perspectives (1 mobile camera from inside 2 static from outside).

A musician with lots of improvisational and performance background only joined the performance with very few instructions and no previous work with the group.