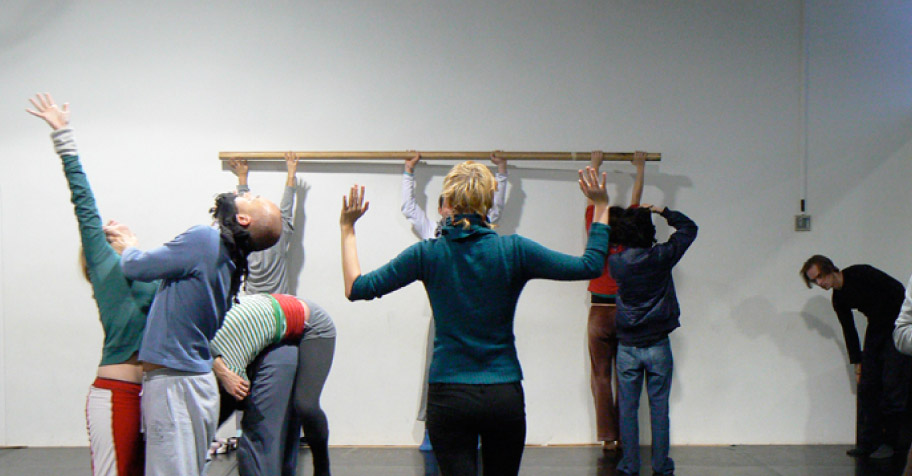 « SKIN is happening and it is amazing that it is functioning that the audience is joining. Or « why do so many artists and event manager think the audience does not want to join? » Ecki and Dani found a very good way to bring all of us in contact with each other. Thank you!
I think it is the most beautiful thing to invite the audience to join in the dance to discover their artistic scenes.
I felt it is a question of my own wish how much I want to get in contact with those strangers. If I decide to trust in what am I doing and be with a clear positive intention the stranger trust me and starts dancing as well. »

« Space, time, eye contact. A meeting with your self through the exploration of the present moment.
Anything can happen, I agree if is authentically in the present. Stay awake in the game to let go of judgments: a very little action can change the whole picture! Watcher, mover, action, reaction, leader, follower: the roles and the rules…and we go deep inside to our bones, organs and then along our skin, where everything has an order, a functionality, where our history is told, revealed and where we can truly exist. Thank you again for this wonderful experience!!! »

« Priceless event it was for me. During the week of our rehearsals I recognized I was so much open and I could not stop it ! I was driving in Bus or Metro and I was looking into peoples eyes. I was non stop thinking about composition. I was trying to fill up every Gap in space and movement. Welcoming people getting into the Metro and saying goodbye when they had to leave. But it’s hard to keep this state of mind cause people are mostly closed. That’s why if You wanna keep it Must practice and work on Yourself all the time ! ;)) »